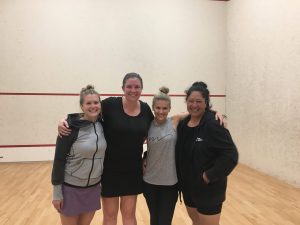 The 2018 WA Squash Awards night saw several Vic Park members in the running for awards. Congratulations to our very own super-coach Sue Hillier, who took out the prestigious WA Coach of the Year award, alongside fellow Junior State Team coach Damon Macmillan.

Massive congrats also to Gregory Chan for winning WA Junior Player of the Year (for the second year running)! This highly sought-after award recognises exceptional individual achievement by a WA-based player in the sport throughout the year. 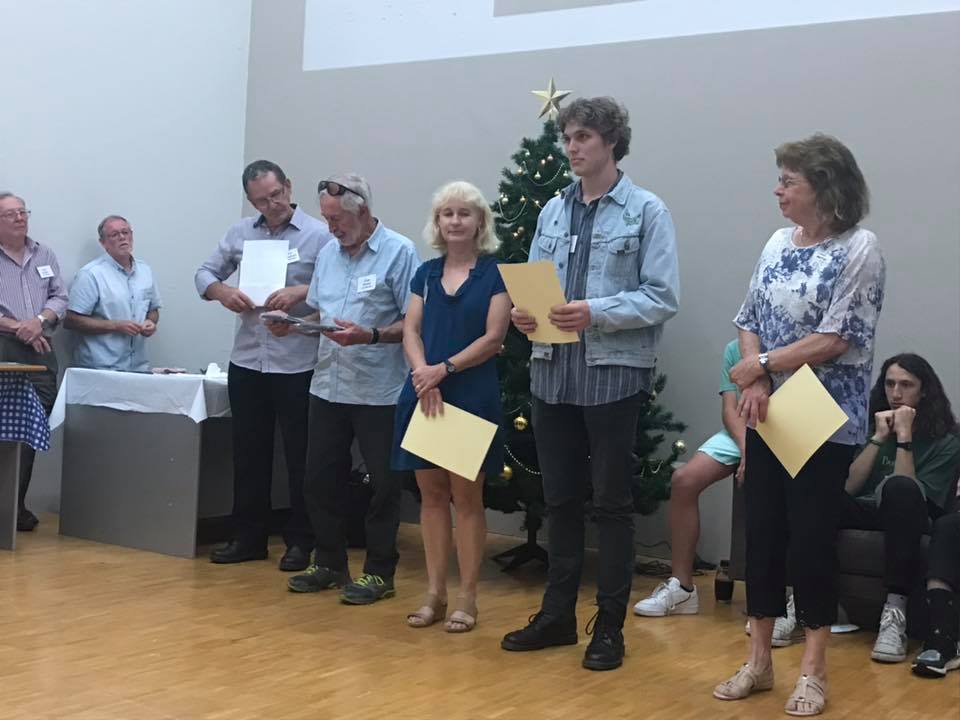 2018 WA Coach of the Year – Sue Hillier and Damon Macmillan

We saw a strong field of VPS players enter this year’s Cambridge Open, with placings from the following: 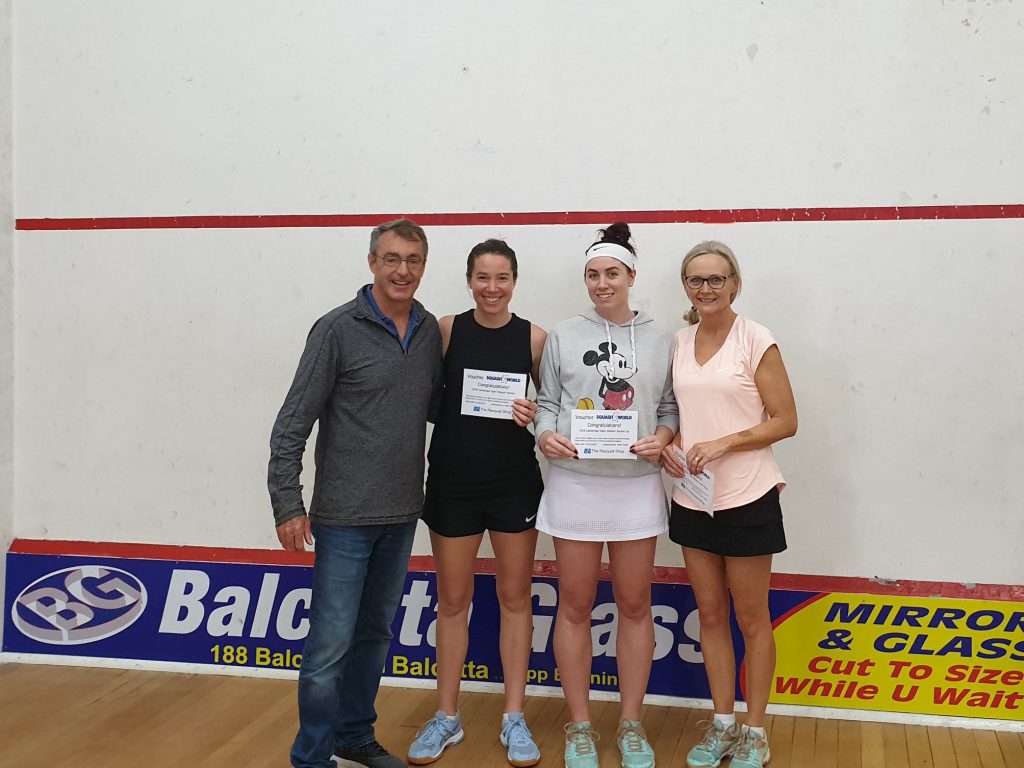 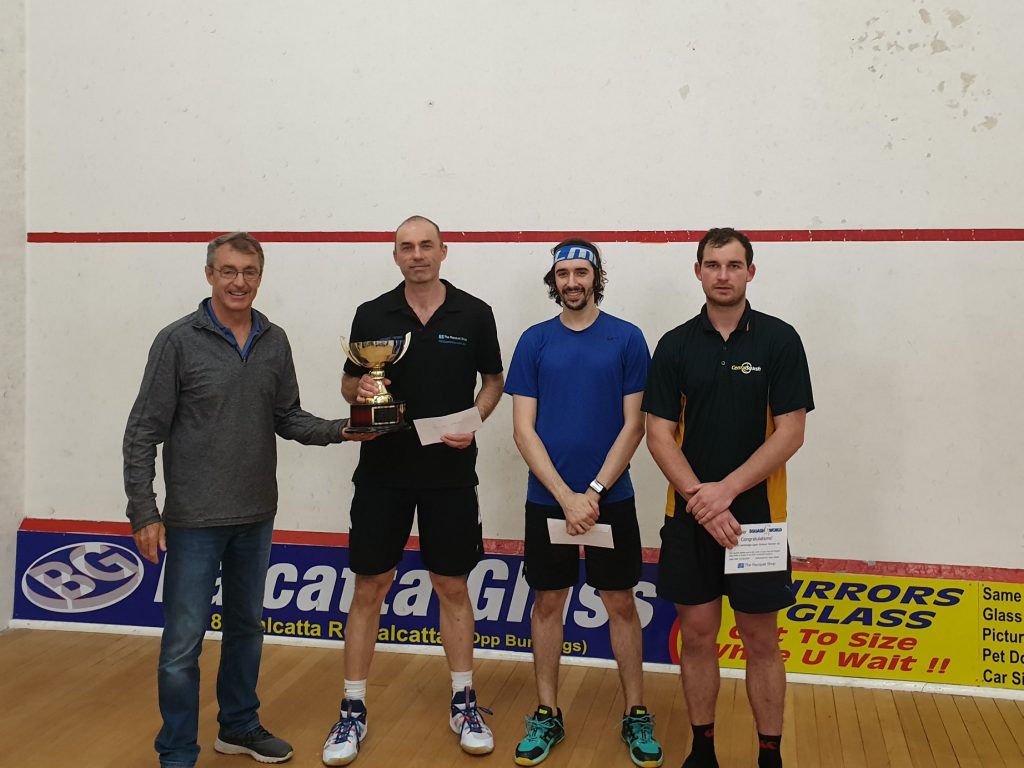 The Vic Park Squash Club Championships returned in 2018 – great to see such a strong turnout of members battling it out for club bragging rights! Our winners: 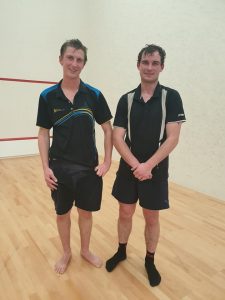 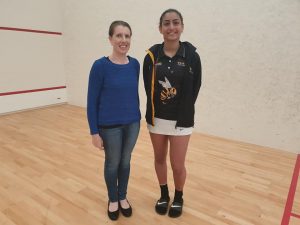 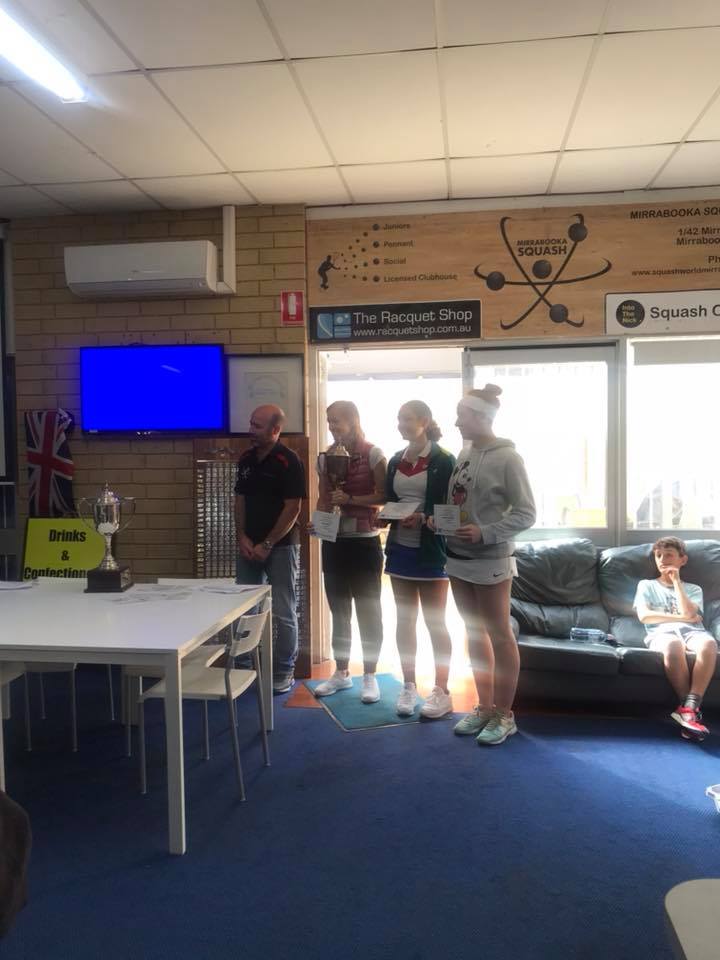 Vic Park’s own Sue Hillier took out the Women’s Over-55 category at the 2018 World Squash Masters Championships in Charlottesville, Virginia, USA – making her a two-time World Masters Champion! An incredible achievement and a dominant performance. Read more HERE. 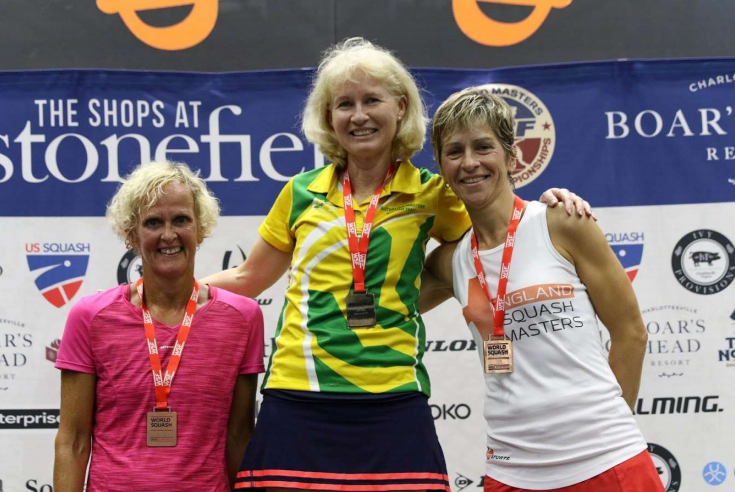 Vic Park junior, Pascale Louka, has been selected to represent Australia in the individual event at the 2018 World Junior Championships – a huge achievement! Read more HERE. 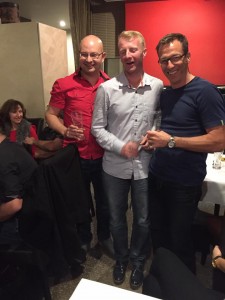 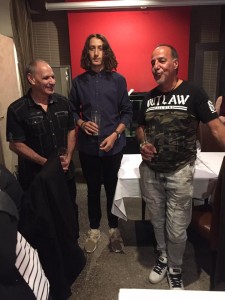 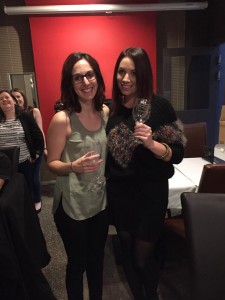 Vic Park’s own Sue Hillier won GOLD in the Women’s Over 50 at the World Masters Games! Read more HERE and HERE. 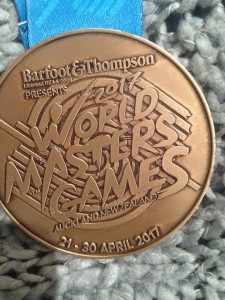 The WA Closed Championships were held on 21-22 April at Squashworld Mirrabooka. Congratulations to three VPS players who placed within their divisions at the event: 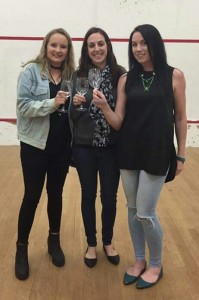 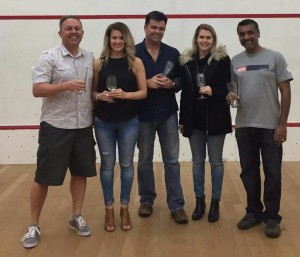 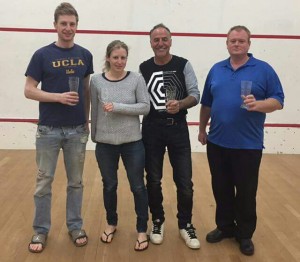 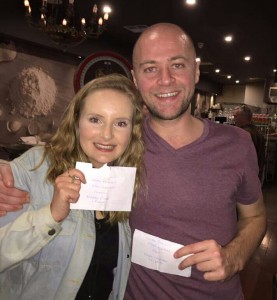 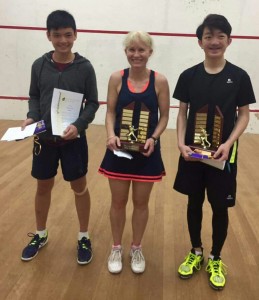 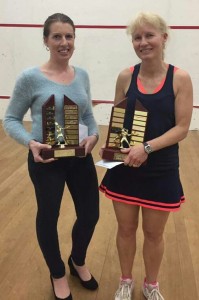 July 2015: Congratulations to the following Vic Park members who competed in the recent State Masters championships:

14/4/15: Congratulations to Sue Hillier on her recent selection for the Australian team to play in the Trans Tasman Test Series this year. It is a great honour to represent your country, and none more worthy than Sue. After many years of her contribution to squash at club, state and national level it is befitting after the unbelievable last 12 months Sue has had. World and National champion are amongst her outstanding achievements. We are very proud of Sue and look forward to seeing her compete with her fellow Australians.

7/9/14: Sue Hillier is the Australian Masters Squash Champion (Womens 50-55) which was played in Bathurst this month. What a year for Sue – both the World and Australian champion for 2014! 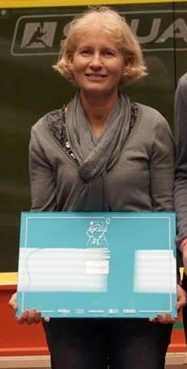 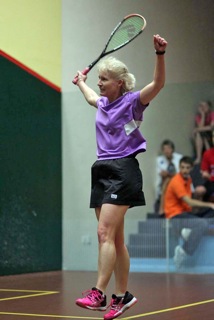 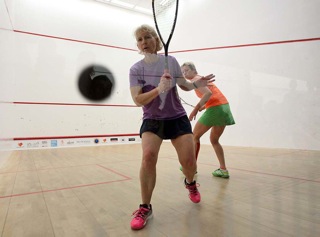 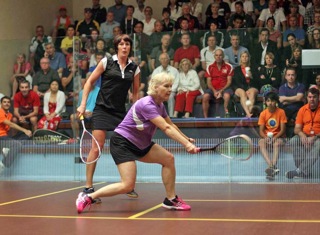 14/5/14: Graham Johnson and Sue Hillier were recognised for National Volunteer Week, for each having contributed over 12 years of their time as volunteers at our squash club. Thank you Graham and Sue for all of your dedication and hard work. 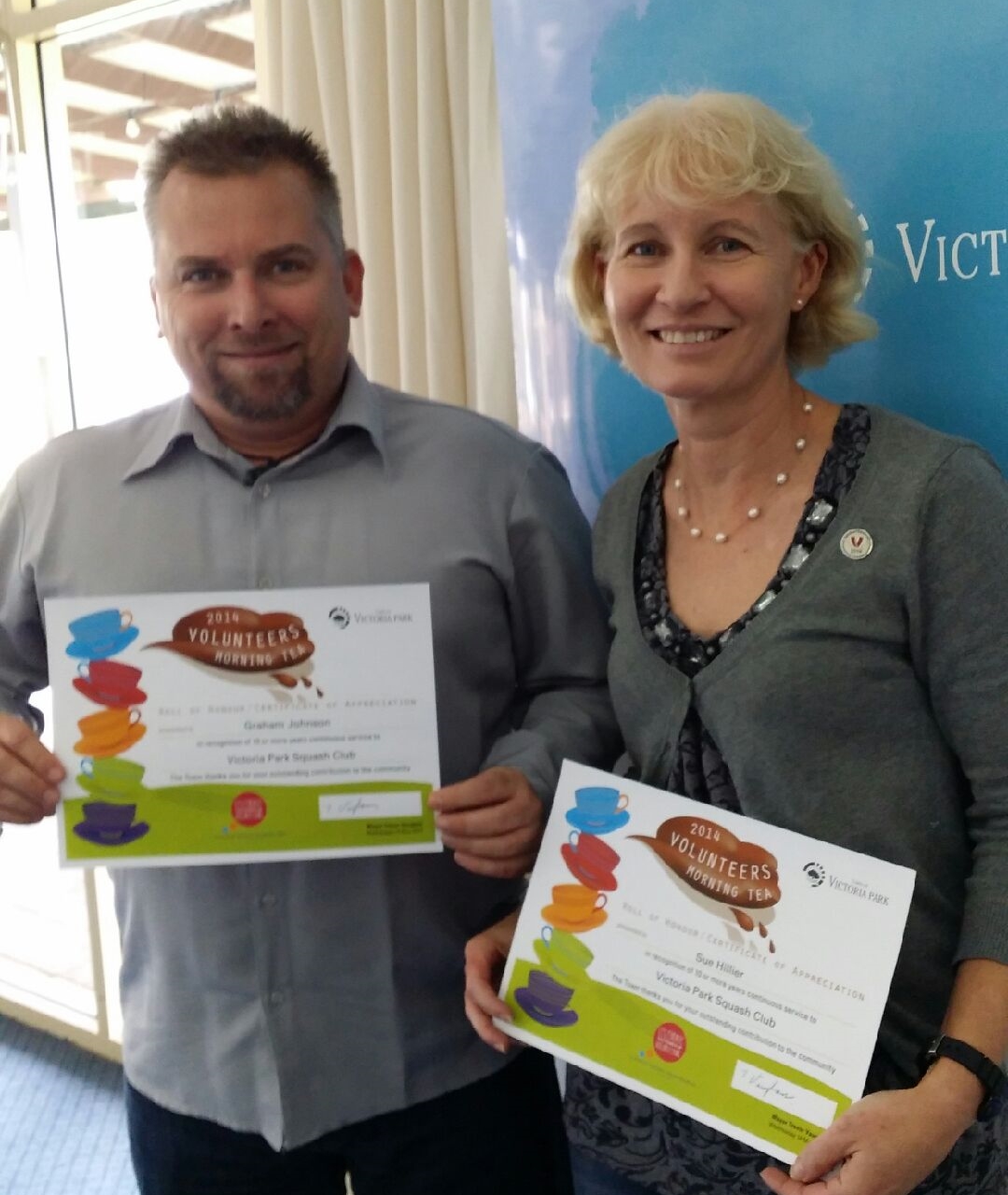 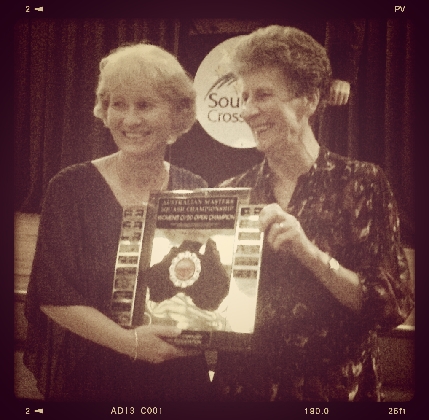 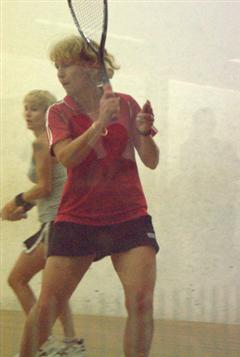 Sue Hillier had to overcome two former WA Closed Champions before taking out this years title.